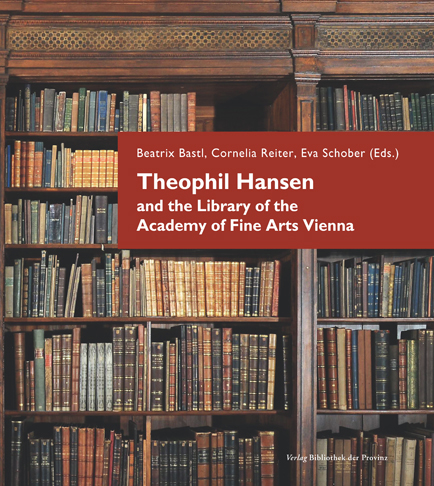 Today, the largest part of Theophil Hansen's artistic estate – his drawings, plans and historical photographs – can be found in the Graphic Collection of the Academy of Fine Arts Vienna. Following Hansen's death on February 17, 1891, the estate was located in his studio in the Reichsrat building, today's parliament. In his will, whick he wrote in 1879 on a trip to Athens, Hansen had appointed his sister Marie his sole heir. Ludwig Lobmeyer had been named the curator of his will, with whom he had been linked on friendly terms.
The estate which comprises several thousand watercolors, drawings, photographs and books came to the academy – with the exception of the plans for the parliament building – at the beginning of 1892. The Board of Professors agreed to accept this free donation on July 22, 1892 on the condition that the entire material was inspected and objects that were not interesting for the academy removed. The drawings and plans that were made of Denmark, which, along with personal documents that his siter Marie added, can now be found at the Royal Library in Copenhagen, were not sent to the Academy until 1896.
During World War 2 a large part of the drawings and written documents underwent a veritably odyssey. The former were sent to Berlin in December 1941 at Hitler's express wish for scholarly study in preparation for a publication that had been planned to mark the 50th anniversary of Hansen's death. Soon, however, there were differences in opinion between the Reich Building Authority and the Academy regarding the safety of storing the material in wartime. The drawings came back to the Academy at the end of August and were immediately stored in what was then the safety depot.

Monika Knofler, Director of the Graphic Collection of the Academy of Fine Arts Vienna