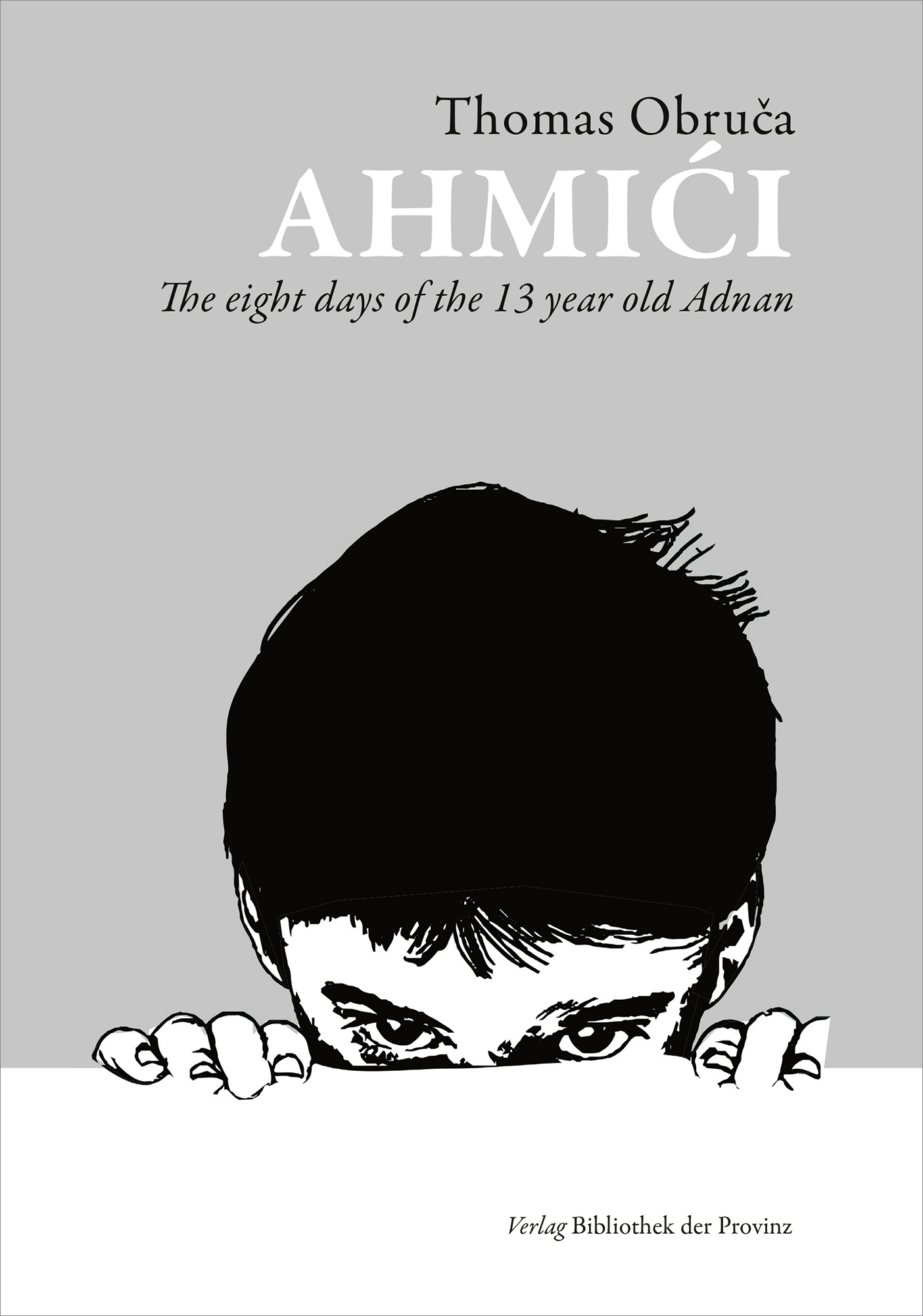 The eight days of the 13 year old Adnan

[Translated from the German by Douglas Montjoye.]

This is the story of thirteen-year-old Adnan. In the turmoil of the war in Bosnia and Herzegovina he witnesses the brutal murder of his parents and sister, himself severely wounded by gunshot. This moment marks the beginning of his struggle for survival. Completely on his own, he manages to save himself with his last ounce of strength to a house damaged by the fires that have been set, hoping to escape the still raging battles, to survive and to finally be rescued. But in his hiding place, a period of martyrdom begins for him.


A psychological masterpiece of historic importance – the tragedy of a small Bosnian village at the 20th century. A shocking example of how ethnically different groups that have lived together and accepted each others’ religion, customs and habits for many generations were sucked into a human abyss. The boy, badly injured himself, had witnessed the killing of his parents and his little sisters. Only his irrepressible will allowed him to survive these eight days.
Hon. Prof. Mag. Dr. Thomas Müller, criminal psychologist, former head of Kriminalpsychologischer Dienst, Austrian Ministry of the Interior – Vienna


An exceptional text of greatest importance to grab – after almost three decades – the madness of the »ethnic cleansing« in former Yugoslavia. Thomas Obruča, who investigated the HVO forces attack on the village of Ahmići on April 16th, 1993 for the International Yugoslavia Tribunal in The Hague, describes the inconceivable. The unimaginable experience of the thirteen-year-old Adnan to watch the killing of his family and live through eight days full of anxiety before being found by UN-peace forces. By delving into the matter there might be a way out of similar atrocities. Hopefully!
Manfred Nowak, Univ. Prof. for Human Rights – Vienna, General Secretary of the Global Campus of Human Rights – Venice

For background information about the book go to www.tomoideas.com/ahmici