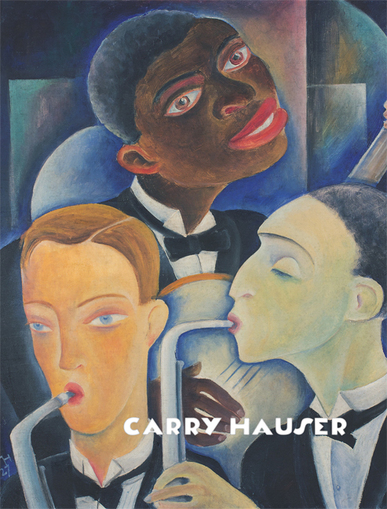 [The catalogue raisonné ‚Carry Hauser 1895–1985: Life and Works‘ is now available as the second in the series of Belvedere Catalogues Raisonnés.]

Carry Hauser's innovative pictorial ideas in paiting and graphic design and the interdisciplnary approach that combined music and dance as sources of inspiration in his art make him a pioneer among Austrian Modernists. His importance as an artist and writer derives from his unmistakable style and the originality of his artistic expression. Hauser's fundamental significance for the progress of Modernism in Austria can now be reassessed on the basis of a systematic documentation of his life and work. The art of the interwar years, often underestimated in Austria, played an important role in the avant-garde of the 1920s, the “laboratoy of Modernism”.

Trained at the Vienna School of Arts and Crafts, Carry Hauser developed his formal creative potential directly before the emergence of Viennese Kineticism in dialog with international art. His work forms an independent facet of the central European avant-garde and its Modernist style vocabulary. As a visual artist and writer, Hauser produced a rich oeuvre that offers a personal reflection of the ideas of the time. His creativity—documented by means of over a thousand works in the catalogue raisonné, most of them hitherto unpublished and in some cases only recently rediscovered—covers practically the entire twentieth century and made an unmistakable and important contribution to Austrian art in the critical eras of the world wars.